Minnesota Valley Chorale is a community choir in Southern Minnesota.

MVC was established in the fall of 1978 by founding director Randi Ellefson and a handful of close friends with the intent to establish a quality choral performing group in the southern Minnesota area. It has evolved into an outstanding adult choral ensemble which presents performances in the fall and spring in various locations throughout southern Minnesota.

While its members come from many different backgrounds and occupations, the mission of the Chorale is to be a leader in singing varied, rich, and timeless chorale music, and to inspire and enrich singers and audiences through practice, performance, and partnership.

The Chorale strives to bring to its audience a broad range of great musical literature. Works from the Renaissance and Baroque periods are regularly performed in their original language. A tradition has also been established by the Choral to showcase the efforts of Minnesota composers. Major works are usually performed with orchestral accompaniment. 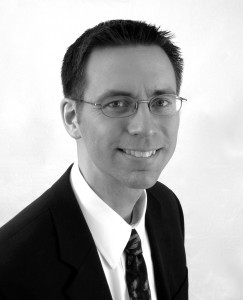 Dr. Eric Harstad has been the Director of the Minnesota Valley Chorale since 2012. Eric earned an Associate of Arts degree from Bethany Lutheran College, a Bachelor of Music Degree from Saint Olaf College and a Master of Music degree from Minnesota State University-Mankato.  He earned his Doctorate in Choral Conducting at the University of Nebraska-Lincoln.

David Fienen is Emeritus Professor of Music at Gustavus Adolphus College, where he served as Cantor at Christ Chapel, chaired the Music Department, taught Organ and
Music Theory, and was Provost and Dean of the College for his last two years. In retirement he is a freelance church musician, accompanies two community choirs in Mankato as well as the tenor/soprano Carpenter Duo.